Are you ready for more of my favorite projects as I continue to celebrate my 20th year in business?

I really like shutters, so this month all of my favorite projects focus on shutters.

Did you know that the wooden shutters we refer to as plantation shutters got their name from the cotton and sugar plantations in the south that often had shutters with large louvers on their windows? But, surprisingly, the first version of shutters probably began in Greece and were made out of marble. They were a little too heavy to close!

This month’s first project is a sunroom remodel. I love the combination of the draperies on the picture window paired with the 3 ½ inch louver wooden shutters on the side windows and doors. Isn’t that view into their backyard gorgeous? My client was so thrilled with the sunroom shutters she added them to other areas of her home. Below are photos of the sunroom before and after.

In my next favorite project, my client called me and said, “I’m not a window treatment person.” She’d just remodeled a bungalow in the downtown area of Raleigh and need window treatments for privacy as well as light control. She’d spoken to another designer about draperies, but decided she just didn’t love that idea. When I met with her, I could tell drapery panels would close in the space, so I suggested shutters. She and her husband both loved the idea, and they were that special touch that finished off her bungalow beautifully!  We used a bifold shutter at the sink to by-pass the faucet. Isn’t that space cute? Well, I won her over and now she’s a window treatment person. She’s even sent me some referrals! Below are two different views of her kitchen.

Finally, my third shutter project was an arched office window. The sun came into my client’s office during the afternoon and it was hard for her to see her computer screen because of the annoying glare. The tilt option on the shutters allows her to close some of the louvers so she can block the sun from coming in. Arched shutters are a specialty shutter that require precise measurements. 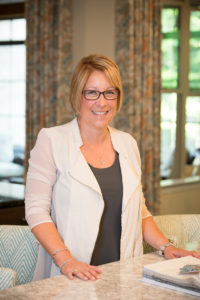 Hi I'm Ronica, I dress your windows with style. Nothing is more exciting than seeing your face light up when you see the vision AND when the end-result is installed in your home! I love hearing “Wow -what a difference this makes!” 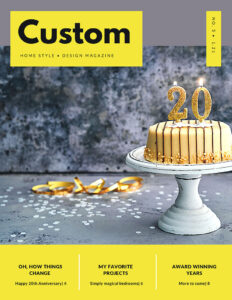